Black history month has primarily been celebrated by revisiting the great works done by black people past and present. Notable black people like Malcolm X, Robert Nesta Marley, Martin Luther King jnr., Barack Obama, Nelson Mandela, Rosa Parks and Winnie Mandela come to mind for their contributions towards the upliftment of the image and status of the black race. However, wouldn’t it be great if we could inculcate and overtly involve people of other races in this effort to ensure that black people get their fair share of equality and the right to live freely without prejudice in this free society. As a black person living in the United Kingdom, there are many opportunities open to me. I recognise them and do my best to maximise these opportunities. In the same vein, my ‘backpack of experiences’, just like those of other BME’s bears the heavy load of experiences of discrimination, suspicion, racism, and exclusion. In fact, this blog is a product of one of those personal experiences. 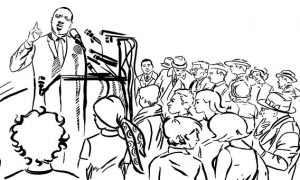 A few weeks ago, a friend and classmate and I had just come out from a seminar held as part of the simulation week in our university department. I was thirsty, and Tunde (not his real name) was feeling a bit peckish, so we decided to take a walk in search of water and something to eat. As we walked past a store, I decided to get some water from there so quite naturally, he followed. There were about 15 students in there. I meandered through a group of ladies at the drinks aisle located at the left end of the shop. I noticed that most of them were in my class and had just stepped out of the same induction class as us. I even noticed another lady whom Tunde and I had done one of the placements with. As I joined the queue to pay for the bottle of water, my friend following closely, a staff of the shop walked up to him and demanded he opened his bag. “I saw you put something in your bag. Open your bag”, he ordered. He would not listen to my friend’s explanation that he was trying to extract some coins which were stuck at one end of the bag. Things got a bit heated to the point that the manager had to come over. Neither he nor his shopkeeper could explain why the only 2 black people who were in that store at that point were suspected of theft. We finally settled for an apology after we volunteered to open the bag. The striking thing about the whole situation was that all the people in the shop despite knowing Tunde and I for over 2 years, just stood by as we were victimised. WHY?

I think it was Thomas Jefferson who said, “All tyranny needs to gain a foothold is for men of good conscience to remain silent.” This implies that we contribute to the negative experiences of victims of hate and other forms of injustice just by doing zilch. If you can imagine a situation where you do not give up your seat on a train or bus to one who needs it most (e.g. the elderly, pregnant, or disabled), or like in my case, not saying anything when that shopkeeper disproportionately targets that black person and publicly embarrasses him through an accusation of shoplifting, or when that black cab driver decides to serve you in place of that black person standing before you on the queue”. 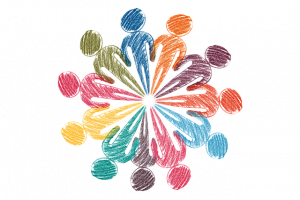 I understand that the I-don’t-wanna-get-involved attitude is common in our society, but it is important to empathise with such victims. The big question is, as a victim what would I have wanted in that situation? Just having other people rally around me in support would most likely have changed the situation and hence, the negative experience. Ann Timson decided to do something when she saw the bike robbers breaking into the jewellery store. Similarly, Mamoudou Gassama acted when he saw that child in danger. In each of these cases, these individuals put the safety of others before theirs. This is what black history should be about. So, as we celebrate this month of black history, it’s best to reflect not just on the deeds of the heroes past or the works of those present but also of the ways and the means through which we can contribute in putting a stop to the discriminatory practice of shopping while black in our society. I cannot think of a better place to start than the NHS.

Designed and developed by The MTM Agency